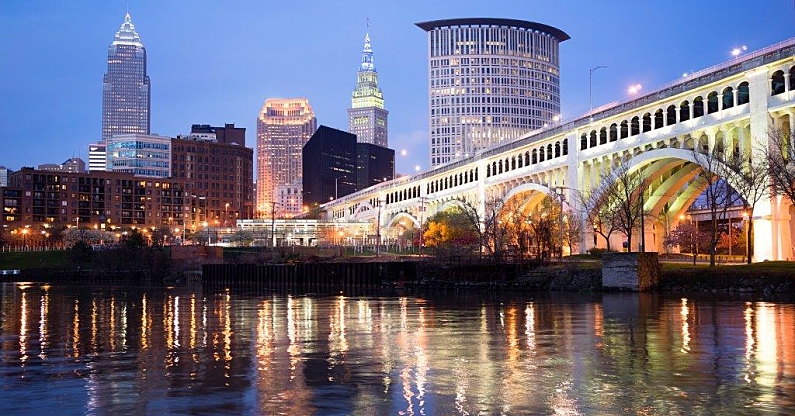 Like many Rust Belt cities plagued by disinvestment and flight from the city, there weren’t any family-friendly restaurants, boutique shops, cultural districts or gathering places. Today, downtown Cleveland is home to hip eateries, a thriving arts district, a restored public park and new offices and residences for the city’s growing population.

The return of LeBron James and hosting the 2016 Republican National Convention has resulted in an unprecedented media spotlight. A long-term, well-funded vision by local government and private investors played a huge role in the revival of Cleveland.

Just before the Republican National Convention this past July, the city made good on its longtime plan to renovate a 10-acre public green space, following a trend in major American cities to link park construction with economic redevelopment goals.

Cleveland reopened Public Square after a $50 million, 15-month renovation. More than eight years in planning, the restoration of Public Square turns it into a place that is again green enough for its original 18th-century purpose — as a pasture for sheep and cattle. It has also helped unleash a strong surge in residential and commercial construction in center city Cleveland.

Playhouse Square is the second-largest performing arts center in the nation outside of Lincoln Center in New York City. In the 1970s, the preservation of four historic theaters dating from the 1920s started a snowball effect that led to the establishment of the non-profit arts center — and then the growth to its current size — as well as the city’s first business improvement district. The center now has 10 performance spaces that average one million visitors a year. This year Playhouse Square has completed $16 million on improvements in its neighborhood that include the erection of gateway arches, the renovation of a commons, and the construction of a statement piece unveiled in May: the world’s largest outdoor chandelier.

Cleveland is emerging as one of the country’s principal centers of biomedical innovation and development, centered on the Cleveland Clinic and Case Western Reserve University. The city counts 25,000 jobs and 700 companies — 400 more than a decade ago — that are involved in health and medical research, biomedical device design, information technology and other related activities.

In all, 29 projects with more than $3.5 billion in investment have opened or are scheduled to open in the city center from 2016 to 2018, according to the Downtown Cleveland Alliance, a civic economic development group. The projects are adding 1,500 hotel rooms, converting 1 million square feet of commercial space into about 3,300 residential units and adding 350,000 square feet of office space.

The City on the Shore of Lake Erie

The city, on the shore of Lake Erie and the state’s second-largest by population, has been basking in the spotlight this year as residents savor the long-awaited championship of their National Basketball Association team, the Cavaliers, led by LeBron James, who grew up in nearby Akron. Add to that hosting the Republican National Convention, a growing economy, billions of dollars of investment in office and residential space, the new Public Space as a gathering place and it’s easy to see why Cleveland is a leading revitalized American city.