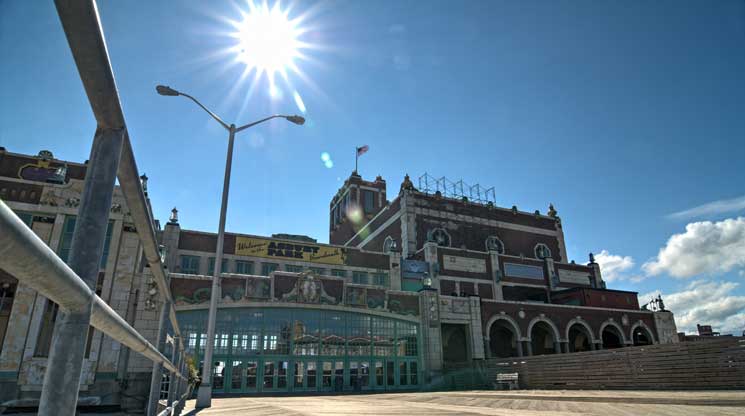 Asbury Park features things you’d find in other towns along the Jersey Shore: Great beaches, a boardwalk, and food stands throughout. With a rich music history and thriving culinary scene, Asbury Park is a great day trip option from New York City or Philadelphia. Many musicians including Bruce Springsteen, The Clash and the Ramones frequented Asbury Park clubs during the start of their careers. Here’s a little bit about how Asbury Park’s revitalization happened.

How the Revitalization Happened

In the early 2000s, members of the LGBT community from all over the region bought and renovated elegant Victorian houses in the northwestern side of the city. This occurred because homes in Asbury Park cost considerably less than places in New York like the Hamptons and Fire Island. This, along with a desire for others to live in more urban spaces, led to some businesses opening downtown around 2007. Starting in 2009, New York City real estate firm iStar began to redevelop the waterfront areas. In just ten short years, Asbury Park has become the place to be along the Jersey Shore.

Today, the downtown area of Asbury Park features many great shops and restaurants. You can sample Czech and German beers at the Asbury Festhalle and Biergarten, enjoy Japanese cuisine at Taka, or sip a delicious latte from Café Volan. There are also a plethora of vintage shops featuring Asbury Park-themed décor, records, and more. Paranormal Books & Curiosities is a bookshop that also offers ghost tours throughout downtown and along the boardwalk.

The boardwalk region is home to The Stone Pony, Asbury’s most iconic rock venue. During the summer, “The Pony” hosts a summer concert series in an adjacent lot. You can enjoy the smell of the sea while seeing some of your favorite live acts.

The Asbury Hotel was recently named the best hotel in the United States by USA Today and is located just a few blocks north of The Stone Pony. Along the boardwalk you’ll find more restaurants, such as Langosta Lounge and Cubacan. Looking to grab something while enjoying a day at the beach? The boardwalk features many different “containers” including Tony’s Sausage, Dogs and Cheese Steaks, Hoagito’s, and more. Also make sure to visit Convention Hall, which features numerous retail shops, a coffee shop, and a beach bar.