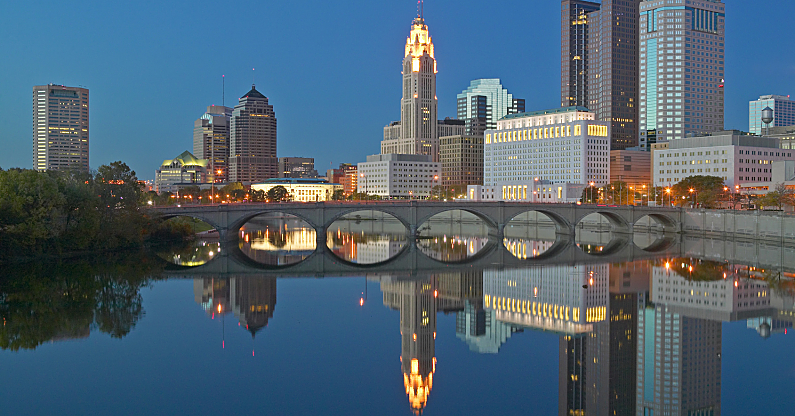 Columbus is the state capital of Ohio and is located approximately halfway between Cleveland and Cincinnati. It serves as the home of Ohio State University and has multiple interstates that pass through it. While the Columbus area is home to over 822,000 residents, it still has a small town feel. The downtown area has seen tremendous growth over the past few years. Here is how Columbus’ downtown has flourished.

The Franklinton area of Columbus used to be known as an area that was high in crime and dangerous to live in. In 1913 and 1959, major floods destroyed the Franklinton area. In 1983, the city and FEMA worked together to declare this area as a “floodplain,” which meant that no new construction could be built. In 1993, a floodwall was built along the Scotio River. This allowed for building in the Franklinton area to resume.

The city has also created a revitalization effort called “Columbus 2020,” which focuses on marketing the downtown and surrounding area to global corporations, helping the city with strategic economic development investments. This plan outlines ten principles, 12 ideas, and 8 strategies to help the entire city, ranging from transportation and pedestrian friendly areas, to supporting the arts community.

The city has set up economic incentives for businesses looking to relocate to downtown and hire ten or more new employees. For retailers, the city has a special program called the Mile on High Incentive Program, which includes performance incentives, property tax abatement, and grants.

Here are some of the most popular areas of the city to check out.

This is one of the most popular neighborhoods in all of Columbus. High Street features many popular restaurants, such as the Northstar Café, Portia’s Café, and Crimson Cup Coffee & Tea. Clintonville offers a variety of entertainment options as well, including a place to show the latest box office hits, Studio 35 Cinema & Drafthouse, and stores such as Wholly Craft.

This is known as the Arts District. There are 15 different art galleries to choose from in this neighborhood, including The Creative Plug and the Brant Roberts Galleries. Short North also offers many one-of-a-kind shops and boutiques, including specialty shops and antique stores. Looking for something to eat? Bodega Food & Beer, Factory, and Cray.

The heart of Columbus offers the most family-friendly activities. During the summer, you can catch a Columbus Clippers (AAA affiliate of the Cleveland Indians) game. The downtown area also features the Columbus Zoo and Aquarium, which is open year round. For the fall, they are hosting a special “Boo in the Zoo” event. For food, consider OH Pizza & Brew and Dirty Frank’s Hot Dog Palace.