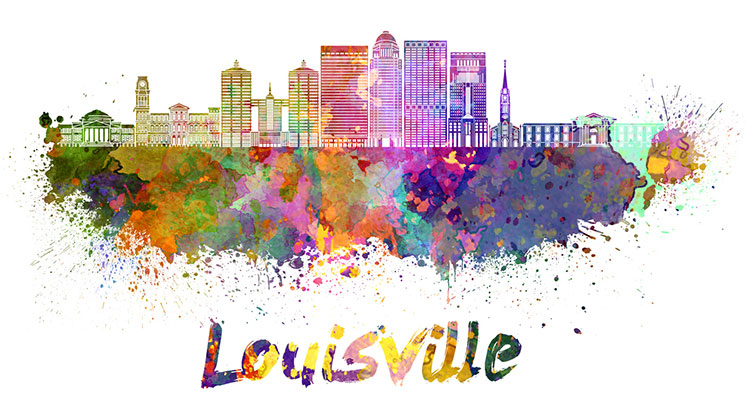 One of the many cities that lie along the Ohio River, Louisville, Kentucky, has experienced a revitalization that has caused growth throughout the city. While most people may know Louisville for Churchill Downs and the Kentucky Derby, Louisville’s downtown area now features many former tobacco warehouses that have been converted into residential spaces and restaurants. Here’s a little history behind the revitalization of Louisville, along with some places you might want to visit.

How the Revitalization Happened

During World War II, Louisville was the epicenter for aircraft production with the Curtiss-Wright Aircraft Company creating the C-46 Commando cargo plane. With industry declining after the war, many residents left the city to enter the suburbs, causing a decline.

The revitalization started in the ’80s, when restoration of historic buildings began. Nine new high rises were built closer to the riverfront along Main and Market streets. In 1996, the Louisville Slugger factory and museum opened.

Around 2000, two new sports arenas opened, Louisville Slugger Field and the KFC Yum! Center. This was completed along with a major expansion of Waterfront Park.

In December 2016, Louisville received a $29.5 million implementation grant, which is being allocated towards the revitalization of the Russell neighborhood.

“Whiskey Row” has become the main area for tourist attractions. There are many interesting places to visit on this street, including the Evan Williams Bourbon Experience, The Frazier History Museum, and the Kentucky Science Center. Popular restaurants around this area include Sidebar, MilkWood, and Merle’s Whiskey Kitchen, which is known for their award-winning fried chicken that takes 25 hours to make.

Two blocks south of Main Street is Fourth Street Live! This is an entertainment complex that features 20 different venues that offer live entertainment and food. There are also different festivals, fitness classes, and other events that occur here when the weather is nice.