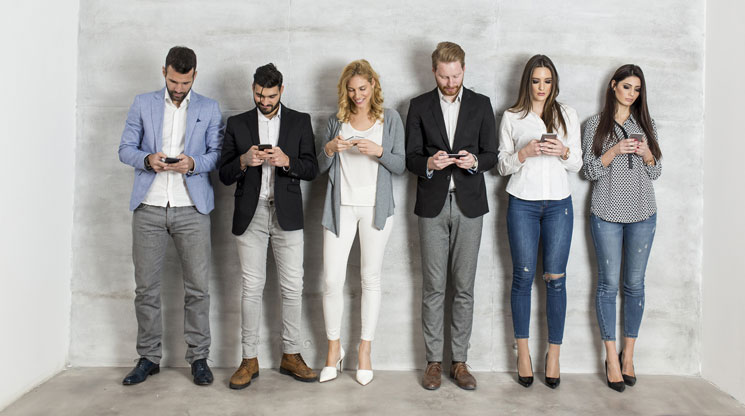 Think about how much progress has been made in phone technology in the past 10 years. While the iPhone was just launched, you may have owned a phone where all you could do was call, text, and play a game of Snake. The development of mobile devices has made them a part of every workday, and has allowed employees to keep in touch with the world after hours. Machine Design recently highlighted six future mobile technologies that could be developed. Here are a few ways they could change the way we communicate.

This technology would allow you to feel textures of objects on your touchscreen and would allow for blind people to use smartphones, as Braille would be available on websites and applications. Wouldn’t it be nice for you to feel something before you buy it? How about typing a text message without having to see the keys?

Think about how easy international conference calls and travel would be with this feature. This would eliminate the need for an interpreter at meetings, and could save businesses a lot of money.

This technology would allow specific commands to be done, based off of electric signals coming from your brain. This would allow those who don’t have the muscles to communicate to produce speech or initiate commands, without the need to type or speak. T

Imagine how much simpler life would be if your phone could charge in under 30 seconds. Some Android phones do currently have the capability to charge wirelessly, but do not charge this quickly.

Remember “bendgate” from when Apple released the iPhone 6? Some phones will be able to bend and become wearable devices. No more dealing with clunky cases when you want to listen to music on your phone during your run! Some phones may be able to be worn as a wristwatch.

Devices like the Oculus Rift are already providing immersive experiences. Some companies are already using this technology to train their employees. For example, some police academies are using AR technology to simulate active shooter situations and medical schools are using AR to practice surgical procedures. This can help save more lives in the future.