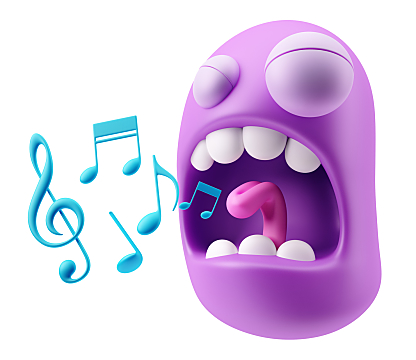 How Do Songs Get Stuck in Your Head?

Picture yourself at your desk listening to music on your headphones. All of a sudden, a song you know but aren’t really a fan of comes on. The melody from the song is stuck in your head, and you are constantly humming it. Whether it’s an 80’s one-hit-wonder, or a random line from a viral YouTube video, you are currently experiencing an Earworm.

What is an Earworm?

It’s when a melody from your song gets stuck in your head and loops over and over again. According to the Berkeley Science Review, 90 percent of people experience an Earworm at least once a week. This study also suggests that musicians are more likely to have an Earworm than those who don’t play an instrument or create music.

What Songs are Most Likely Culprits?

Why Am I Getting Earworms?

While there is no clear consensus as to why Earworms develop, one study from Goldsmith University believes that brain structure can lead to more or less Earworms. This study also suggests that there could be a link between those with obsessive-compulsive disorder and the number of times in a week a song gets stuck in your head. It’s believed that the frequency of Earworms is based on the thickness of the outer layer of the brain.

Is There a Way to Get Rid of Earworms?

Surprisingly, yes. If you find that you can’t get “Who Let The Dogs Out” by the Baha Men or “Wannabe” by the Spice Girls out of your head, try chewing a piece of gum. This will allow your mind to focus on the sounds you make from chewing. If your Earworm is associated with a negative emotion, step away from it or skip the song.

The best remedy for an Earworm: Don’t listen to a song on repeat.